Google is testing a way to start…

Who Should Close Games for the Crew?

They’re the ultimate power couple: singer-turned-swimmer Cody Simpson has scored himself a fairy tale gold medal, while partner Emma McKeon has equalled the most gold medals in history during day two of the Commonwealth Games in Birmingham.

It wasn’t the only comfortable relay win for Australia on day two.

The men’s 4x100m freestyle relay team also triumphed in reasonably comfortable fashion, meaning Simpson will receive a gold medal after swimming for the team in the semi finals.

Cody Simpson and partner Emma McKeon, pictured at a social event in June, have both won gold medals for Australia on day 2 of the Commonwealth Games 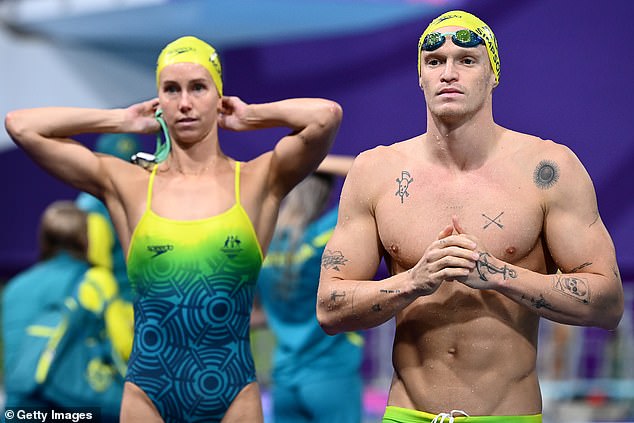 It’s an incredible achievement for someone who was singing ‘I Still Call Australia Home’ for the Queen at the last Commonwealth Games instead of swimming.

Ironically, a big part of Simpson’s gold medal was the performance of Kyle Chalmers in the final, with the third member of the so-called ‘swimming love triangle’ swimming the crucial anchor leg.

After Chalmers seemingly snubbed McKeon on the pool deck after the pair’s gold medal relay win, Simpson moved to deny reports of a frosty relationship within the Dolphins team, and said they were all ‘supportive of each other’. 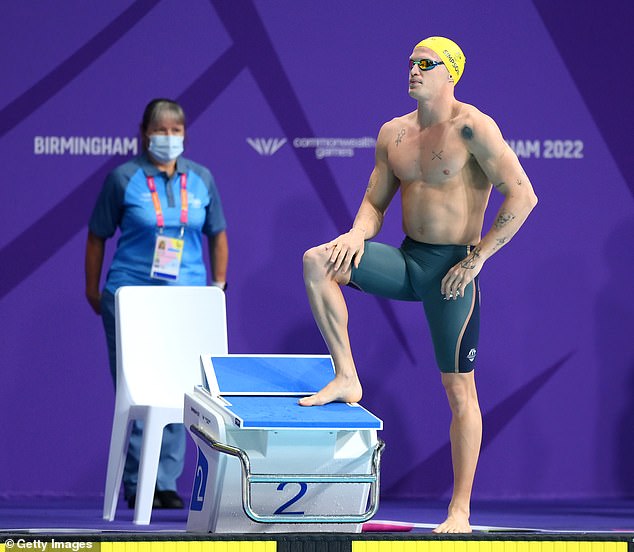 Regardless, no one will ever be able to take away the fact Cody Simpson has won a Commonwealth Games gold medal.

‘It’s awesome to be in there with these guys. I’ve watched them … for years so to be doing it with these guys is pretty special,’ he told News Corp prior to the final.

Simpson ditched his incredibly successful music career in 2020 to give himself a shot at representing Australia at the 2024 Paris Olympics. 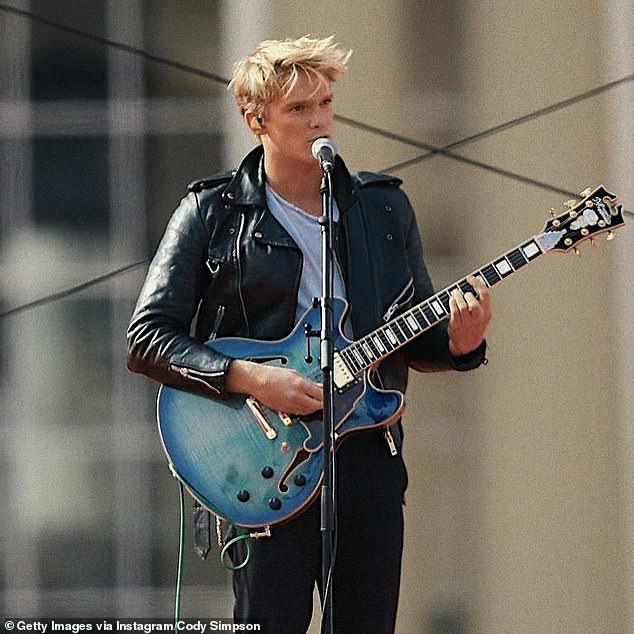 Cody Simpson sings at Buckingham Palace before the 2018 Commonwealth Games

His smooth transition to the pool pushed his schedule up, and a strong performance at the National Championships earlier this year booked himself a Commonwealth Games spot.

Simpson’s high-profile switch was then followed by a blossoming relationship with McKeon, which came under the microscope during that tournement.

The pair found themselves in the middle of a reputed ‘love triangle’ during the Australian Championships in Adelaide. 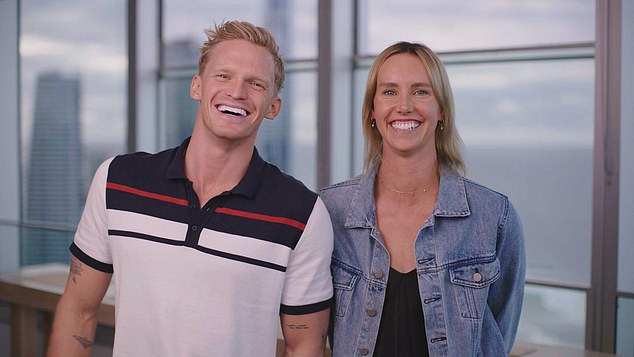 Reports claimed that Kyle Chalmers deliberately bumped Simpson out of World Championship eligibility in the 100m butterfly by opting to contest the event.

However Chalmers – who dated McKeon for several months in 2021 – later disputed this saying he had always planned to compete in that event.

The pair then both crashed out of the 50m butterfly during day one, and Chalmers then launched a spectacular tirade at the media for their handling of the ‘love triangle’. 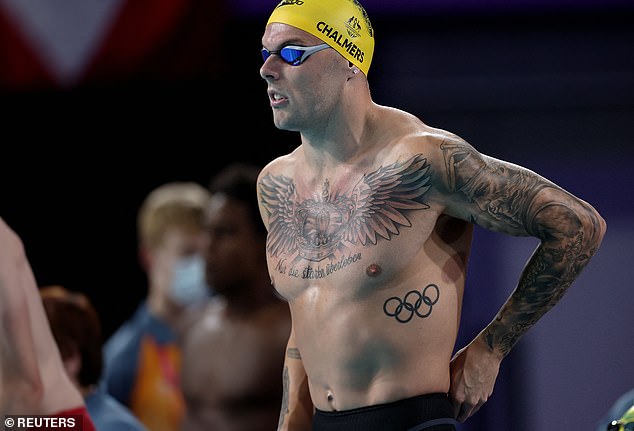 ‘It’s all just false news that is actually just crap, it’s honestly just a load of s*** that is not true,’ Chalmers said at a press conference on Sunday morning, addressing rumours of a rift.

‘It’s unfortunate that I can’t do anything right at this point in time.’

In a more positive slant on the day’s events, McKeon’s gold alongside Molly O’Callaghan, Shayna Jack and Madi Wilson in the 4x100m freestyle propels her into legendary status. 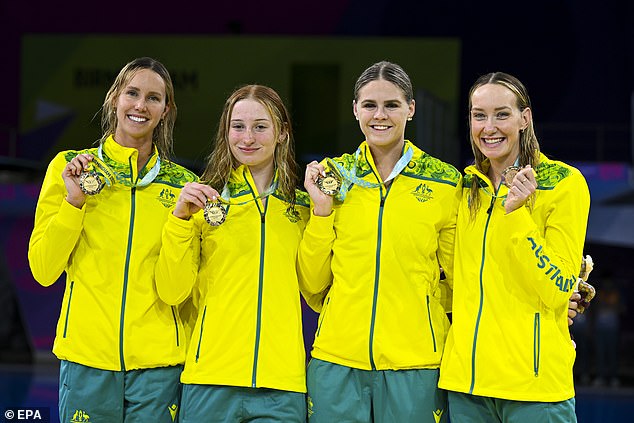 The 28-year-old has now won 10 gold medals across the Glasgow, Gold Coast and Birmingham Games, something she said she ‘didn’t realise’ until interviewed by fellow Aussie legend Cate Campbell after the race.

‘Looking back on who I was back then, I feel like I’ve come a long way and I’m really proud of what I’ve done, but also proud of how I’ve grown as a person.’ 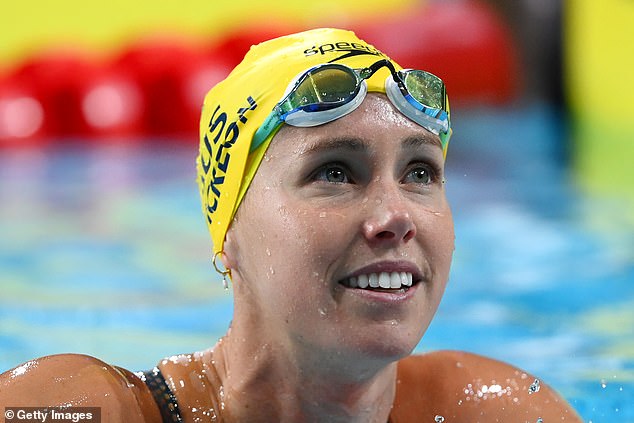 Commentators waxed lyrical about McKeon, and the relay team’s, accomplishments during the relay swim which almost embarrassed their competitors.

‘What a fantastic swim. What a convincing win. These women such amazing contributors to so many wins for Australia over the years,’ said commentator Basil Zemplas.

‘Incredible for Emma McKeon to backup after the hundred metre butterfly final not long ago.’

Incredible, indeed. What a role model our golden girl is for Aussie women all around the country!

Dealing with technology’s dark side- The New Indian Express

Who Should Close Games for the Crew?