In Photos: The Game Returns to Harvard Stadium | Multimedia The 138th rendition of The Game kicked off at noon on a cold and sunny Saturday. The Harvard and Yale football teams faced off in their final games of the season with the Ivy League title on the line.

Students and alumni gathered at tailgates on campus before the start of The Game. Above, students partied at an unofficial tailgate on the lawn in front of the Malkin Athletic Center. 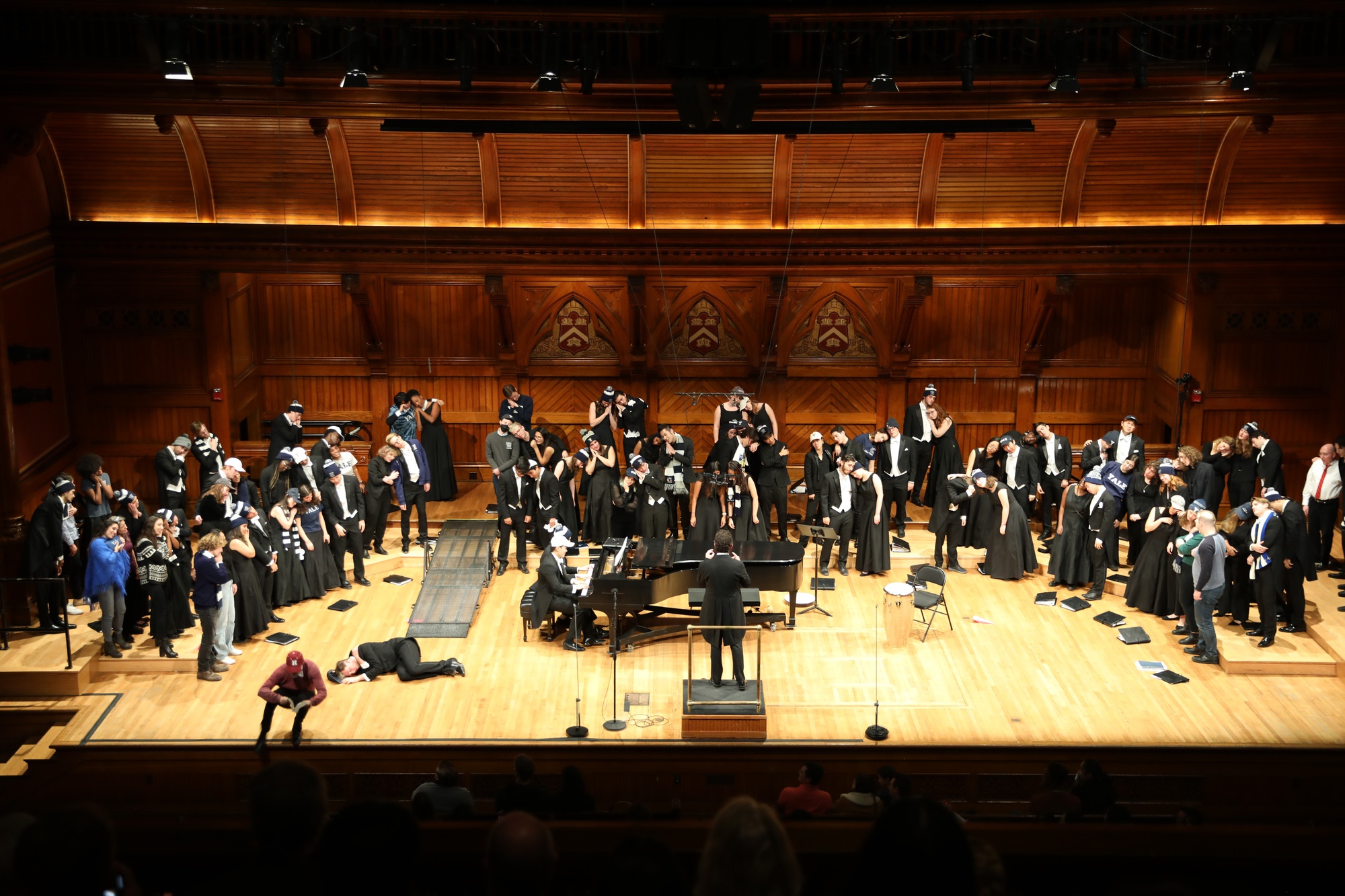 The night before The Game, the 121st Annual Harvard-Yale Football Concert returned to Sanders Theatre for the first time since 2018. The Harvard Glee Club, Radcliffe Choral Society, and Yale Glee Club performed choral music and fight songs to a full house. 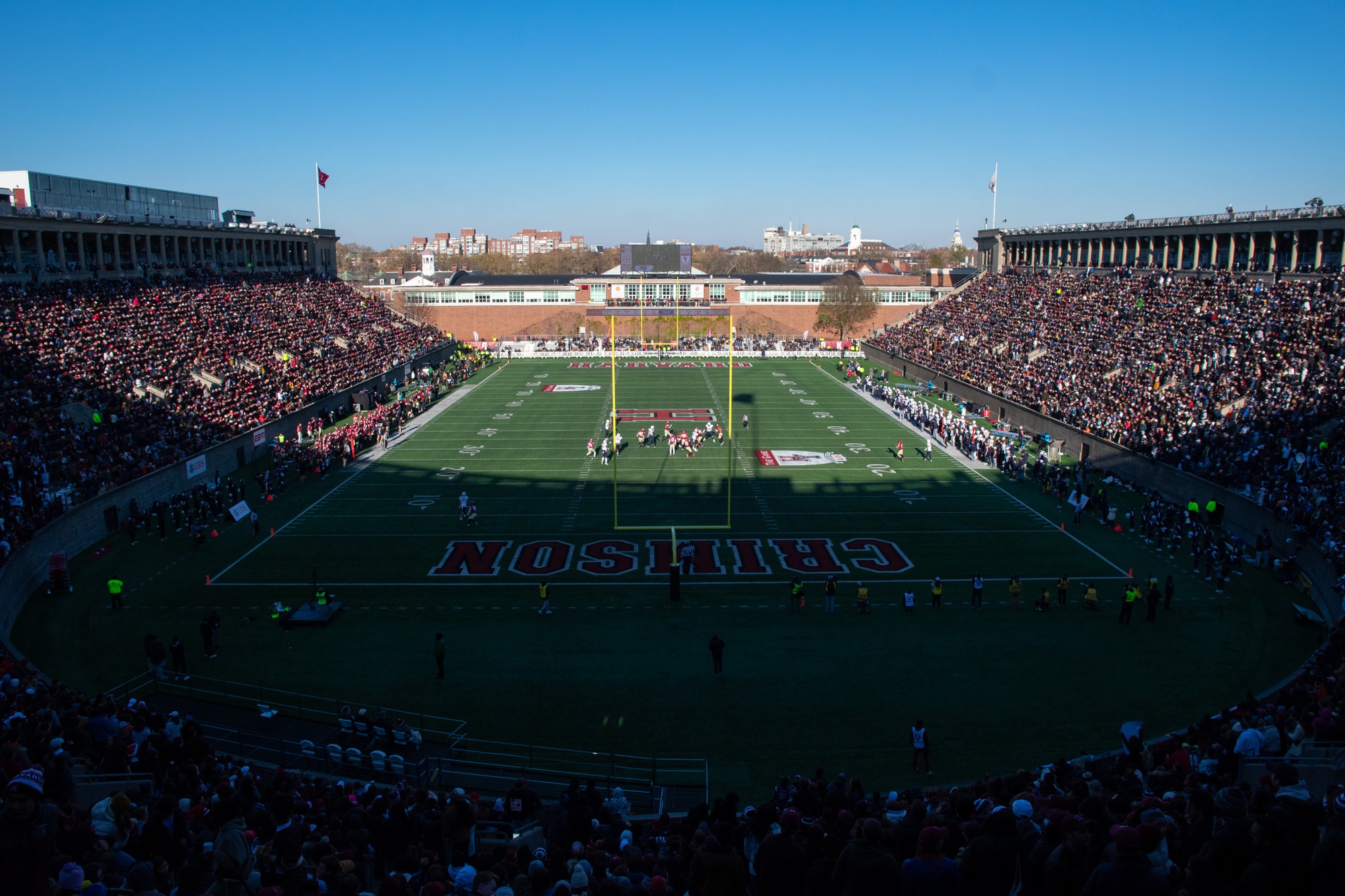 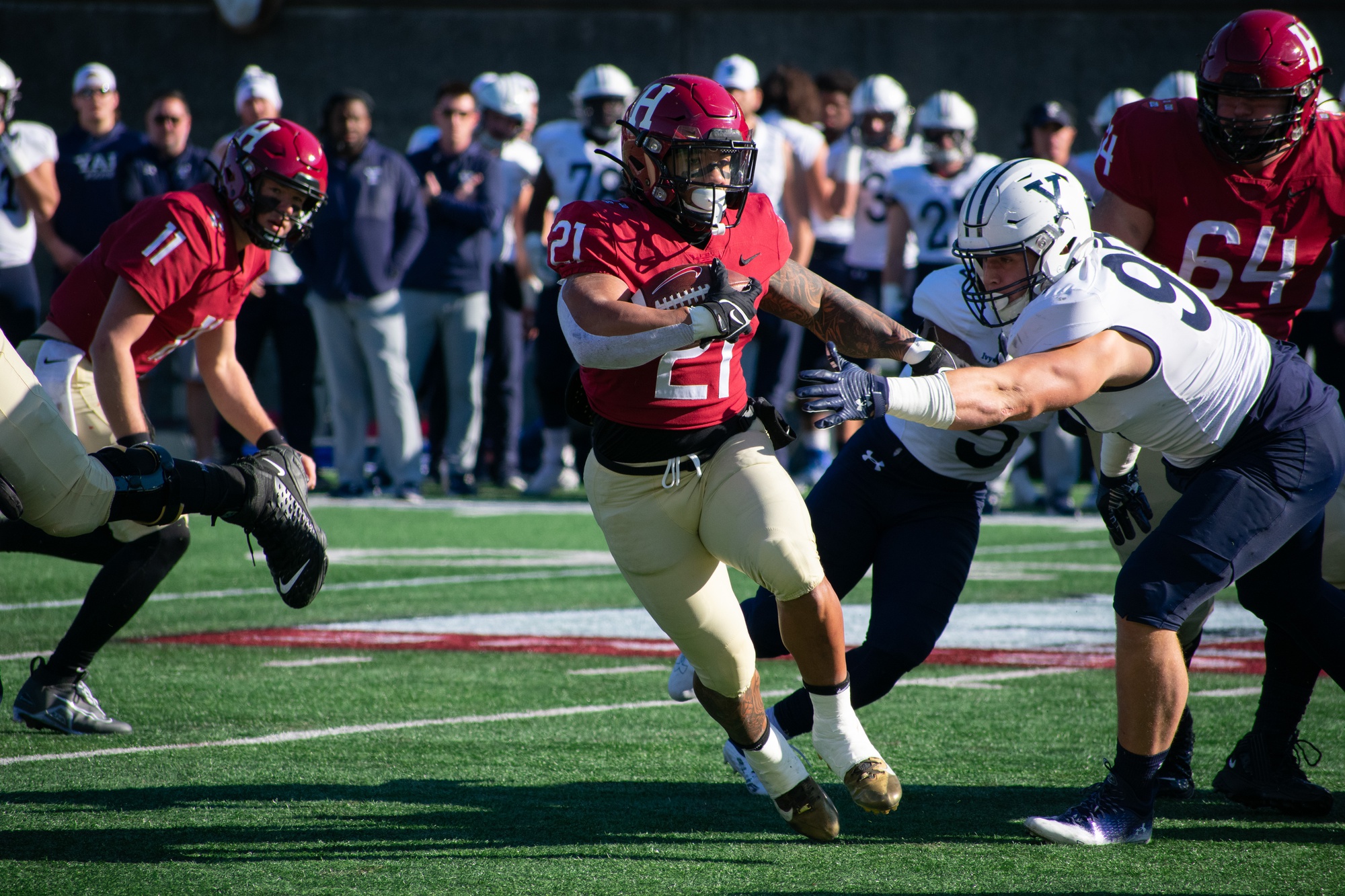 Above, senior running back Aidan Borguet looks to make a cut after receiving a first-half handoff from senior quarterback Charlie Dean. 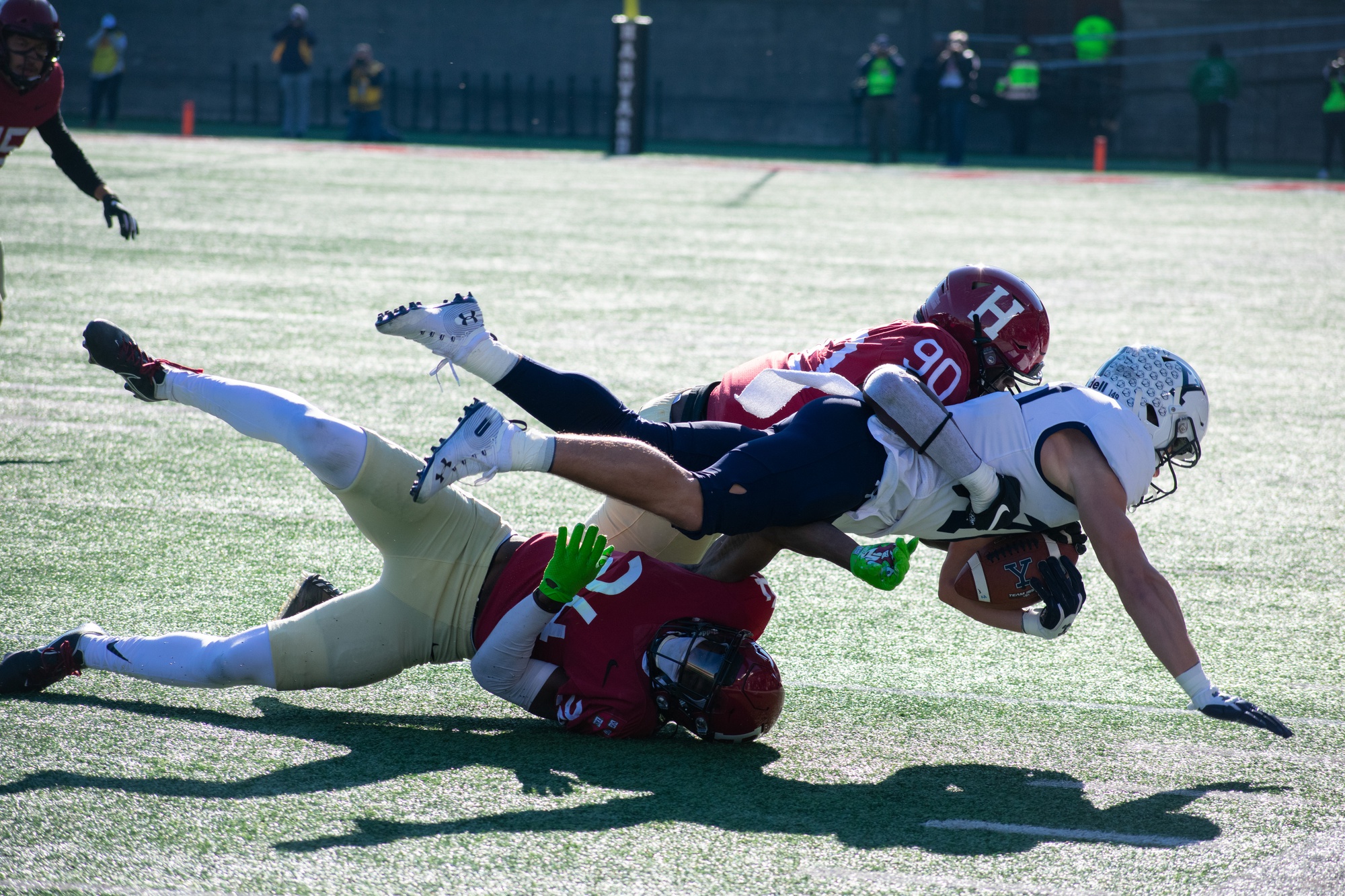 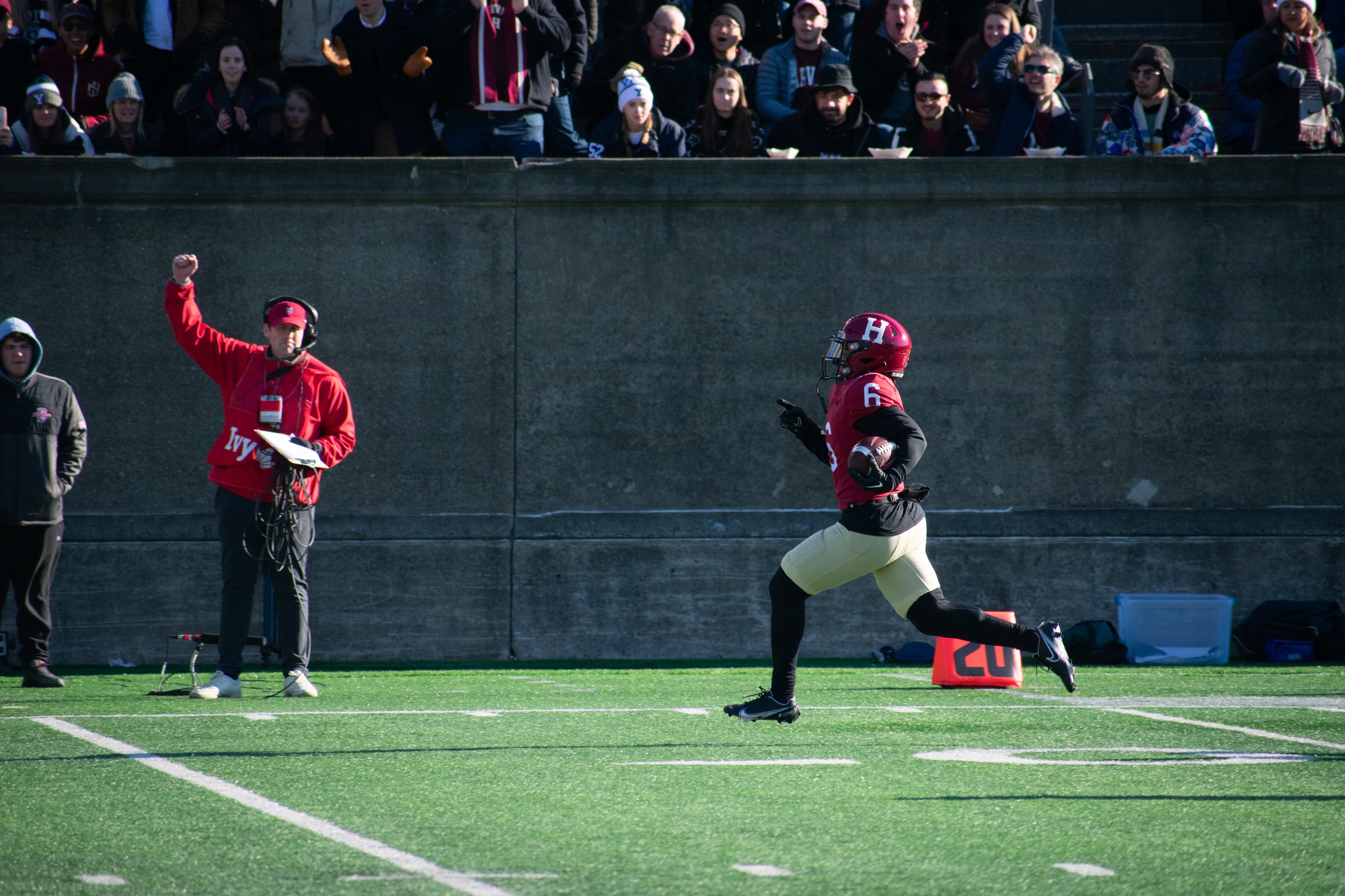 Sophomore wide receiver Scott Woods II scored the first touchdown for Harvard on a 64-yard catch-and-run in the second quarter. 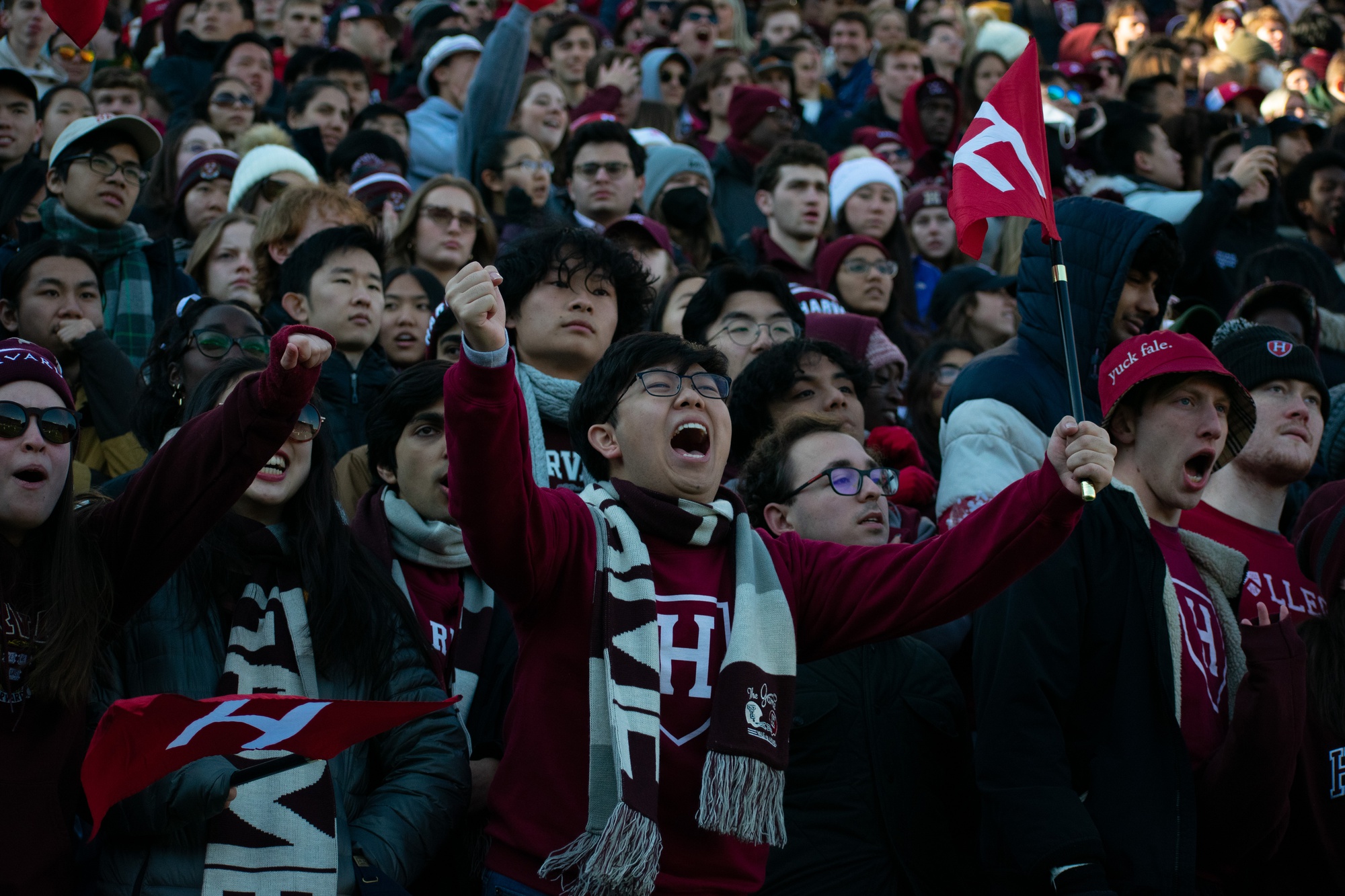 The contest on saturday was the first Harvard-Yale game at Harvard Stadium since 2016. 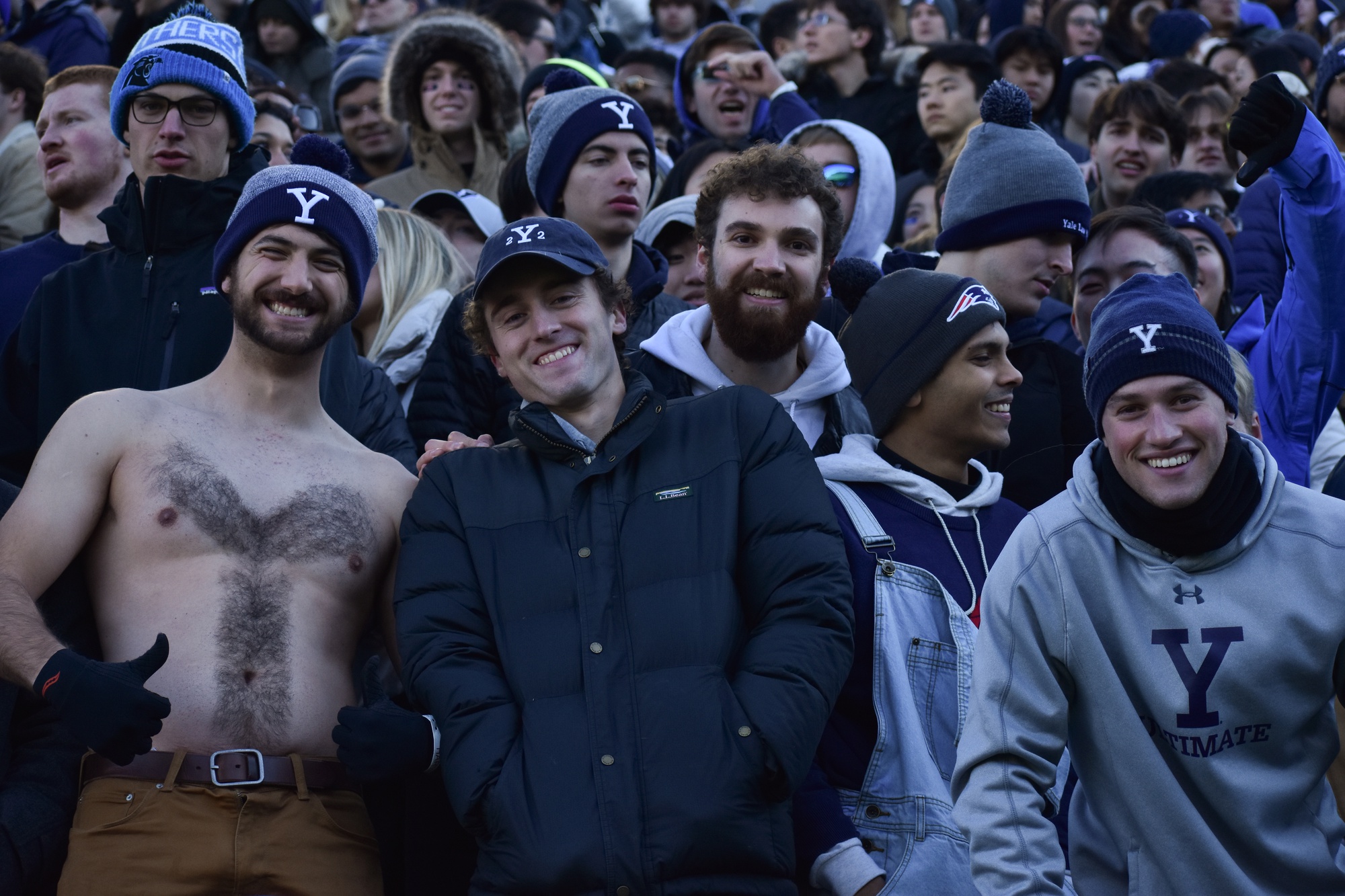 Students found creative ways to show their school spirit — some braving the cold to do so. 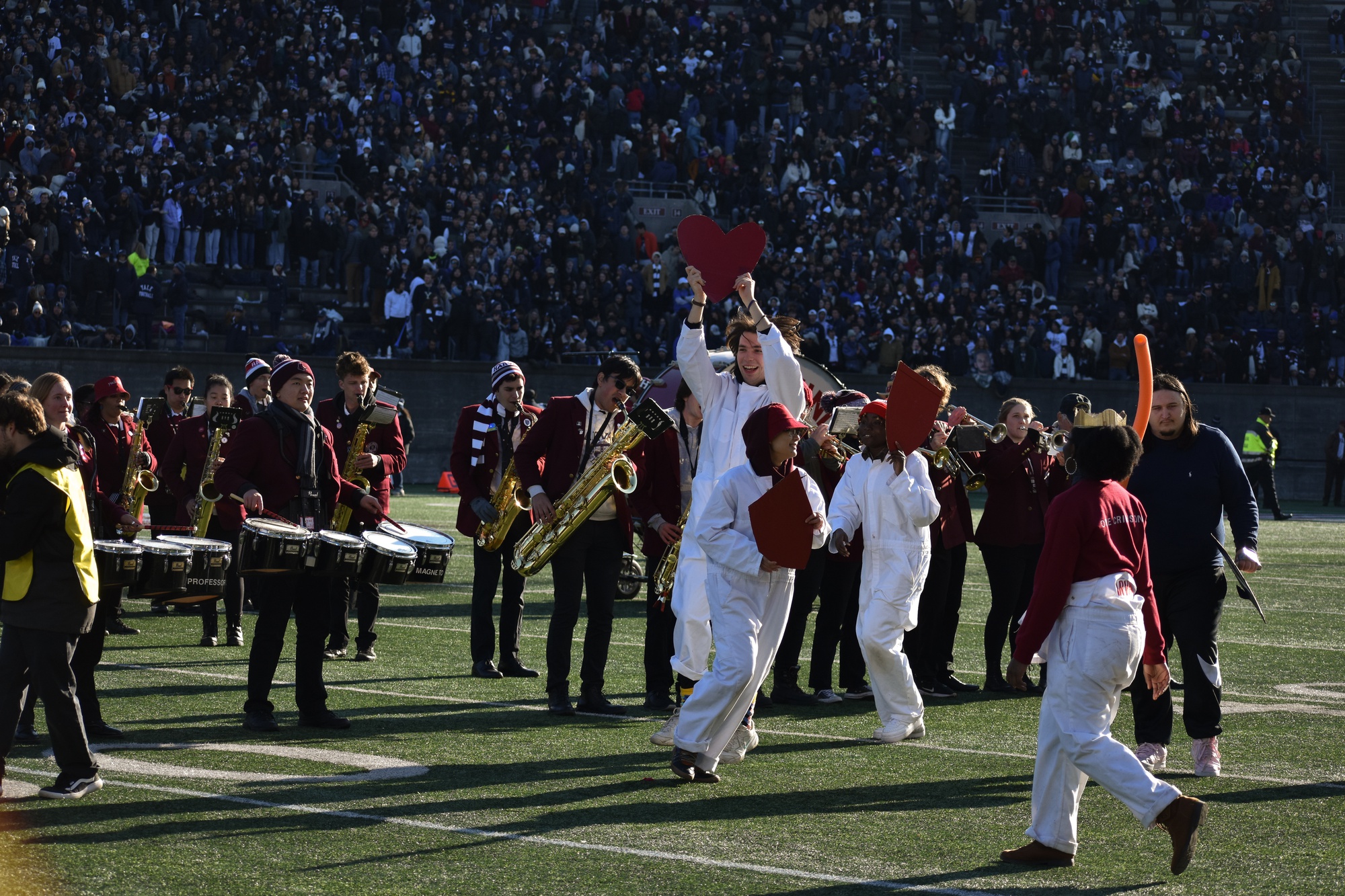 After performing in the student section for the first half of The Game, the Harvard Band descended onto the field for a halftime performance. 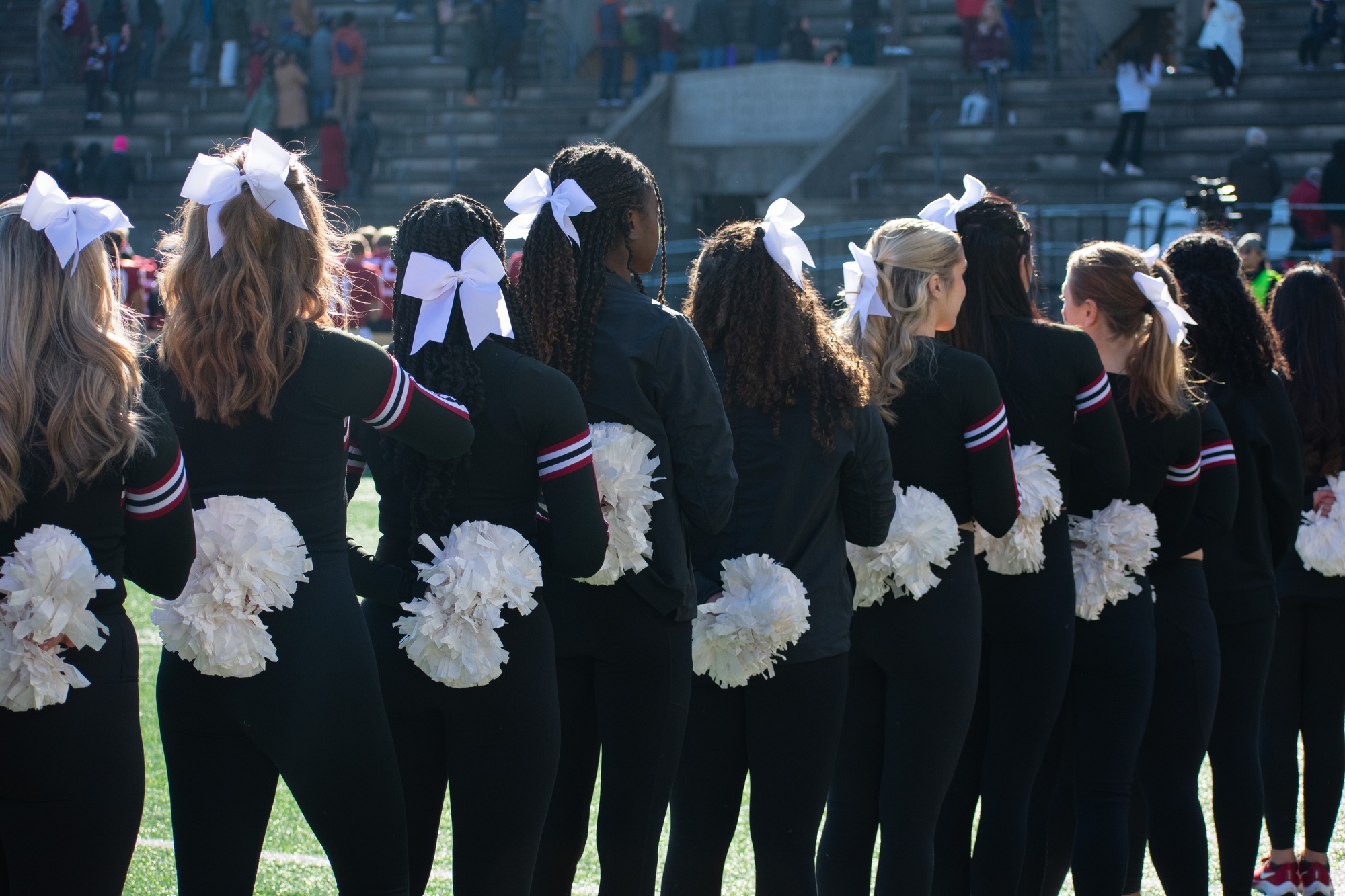 The Harvard Cheerleading team energized students over the course of the four-hour game. 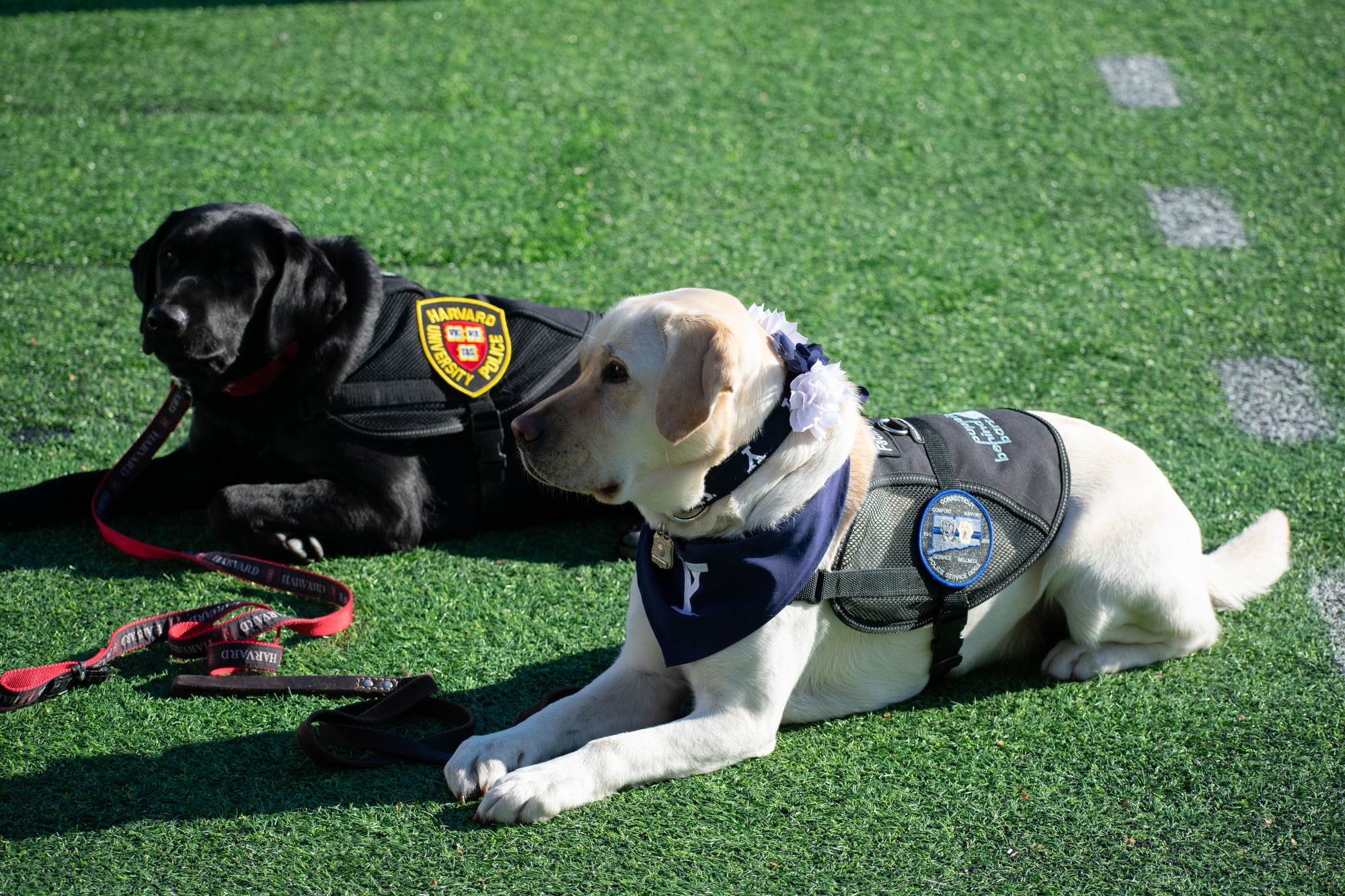 Sasha, a Harvard University Police Department dog, posed for photos behind the endzone with Heidi, a dog who works with Yale Public Safety. 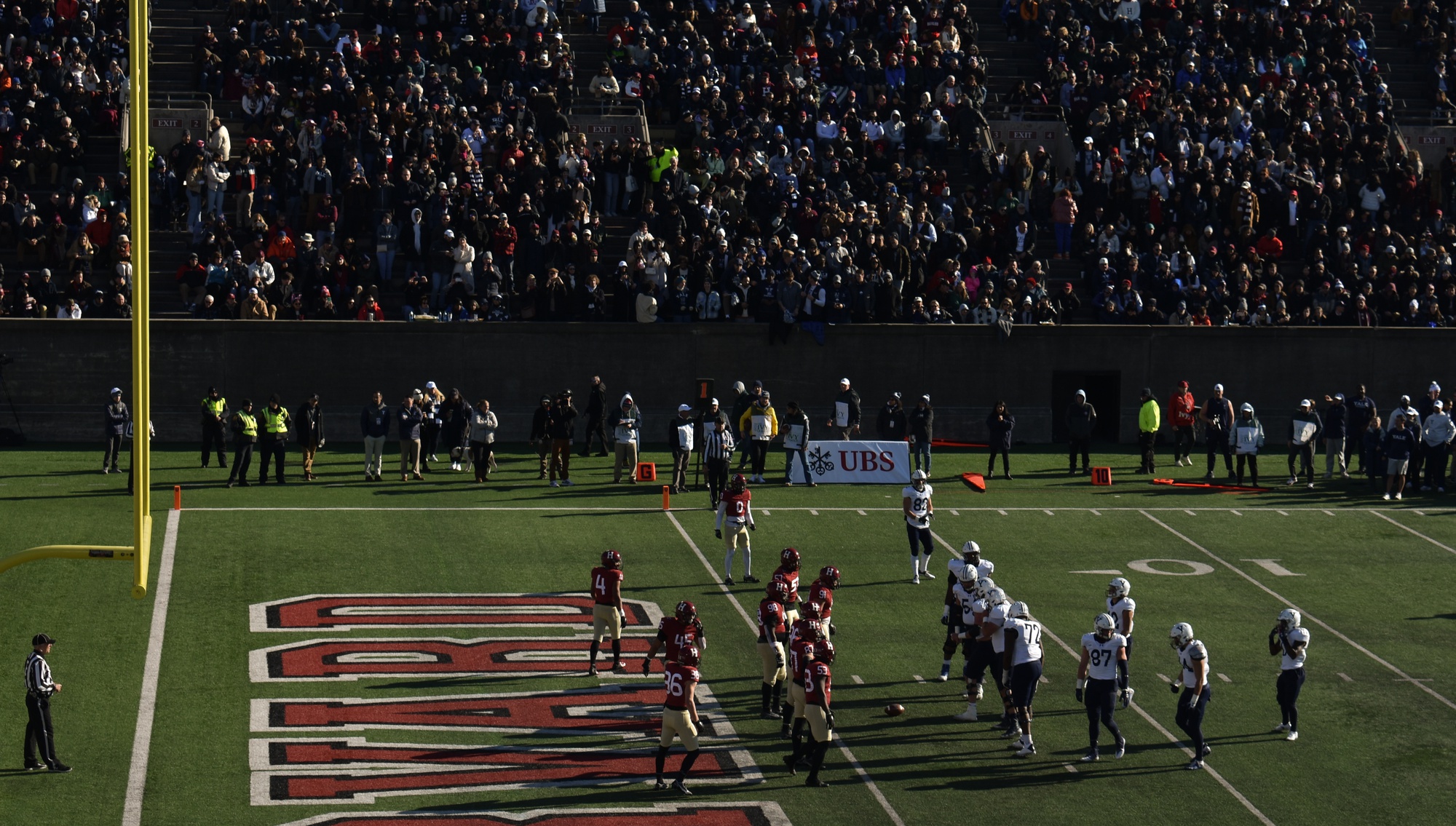 A view of Harvard’s endzone from the Yale side of the stadium. 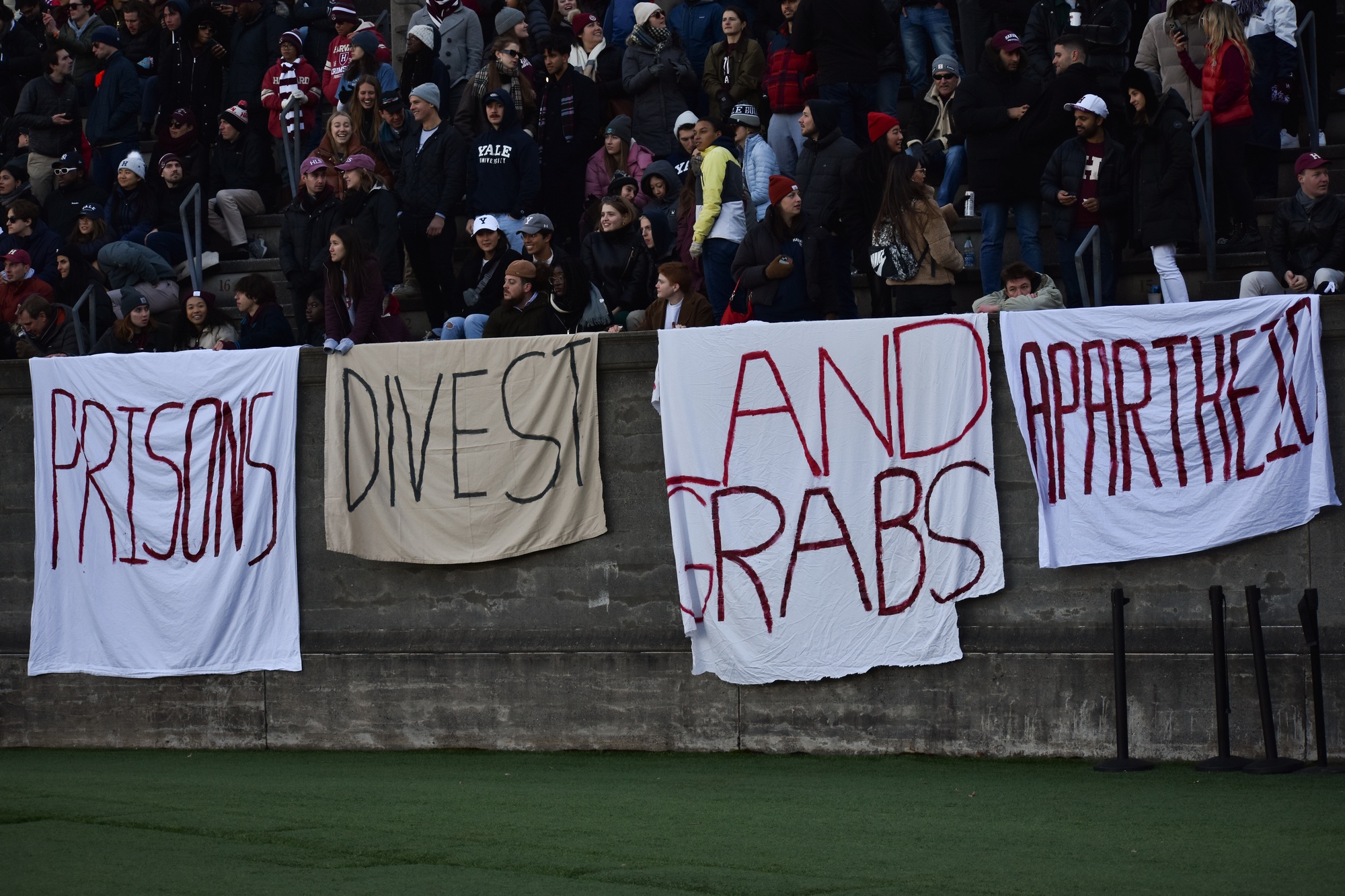 Student protesters held banners over the wall of the stadium during The Game on Saturday. 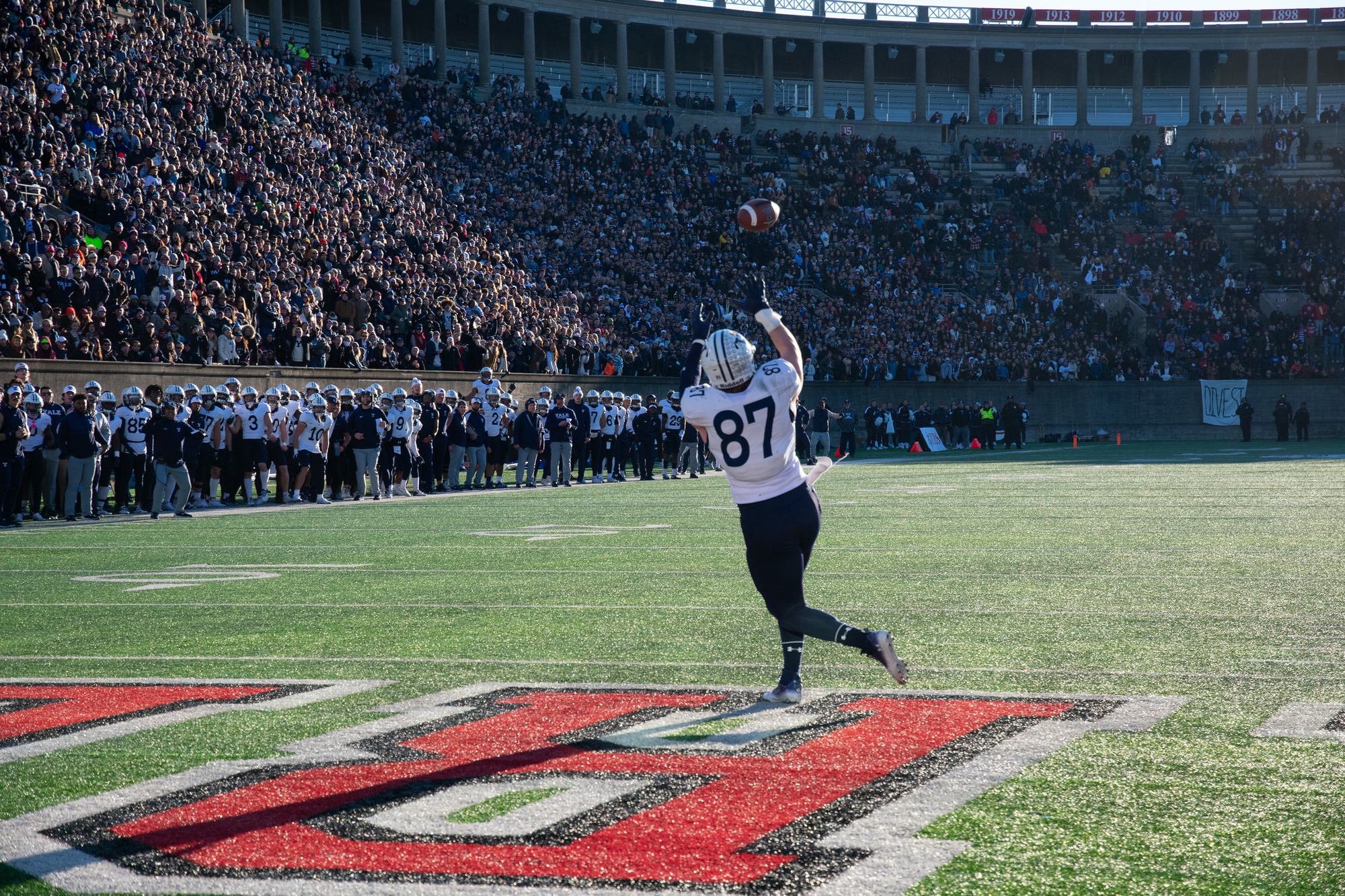 Yale junior Jackson Hawes receives a pass in the end zone in the fourth quarter of the Harvard-Yale game Saturday. The catch gave the Bulldogs a lead it never relinquished. 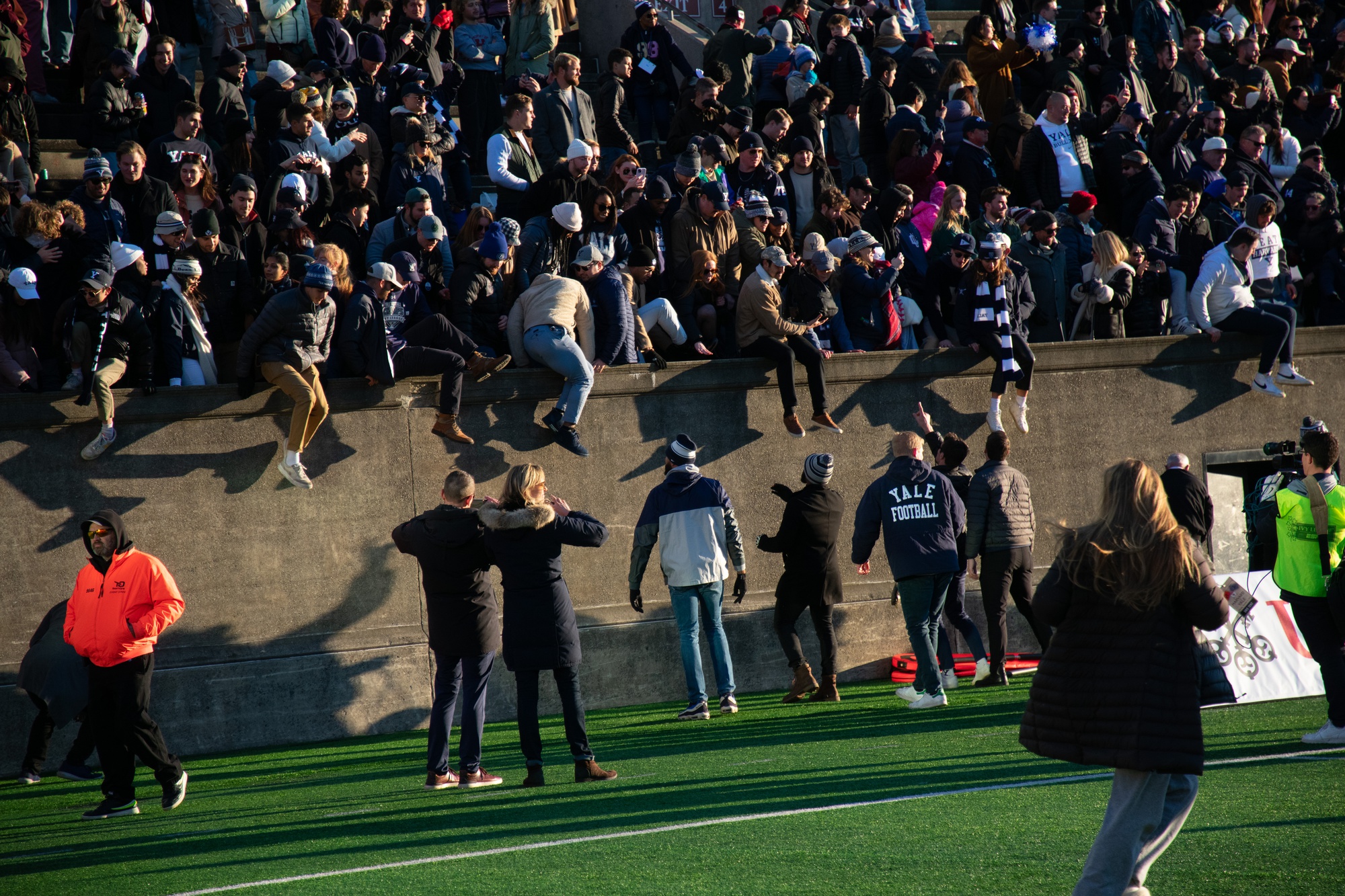 Yale fans jump onto the field to celebrate the Bulldogs’ 19-14 victory, which clinched the Ivy League title. 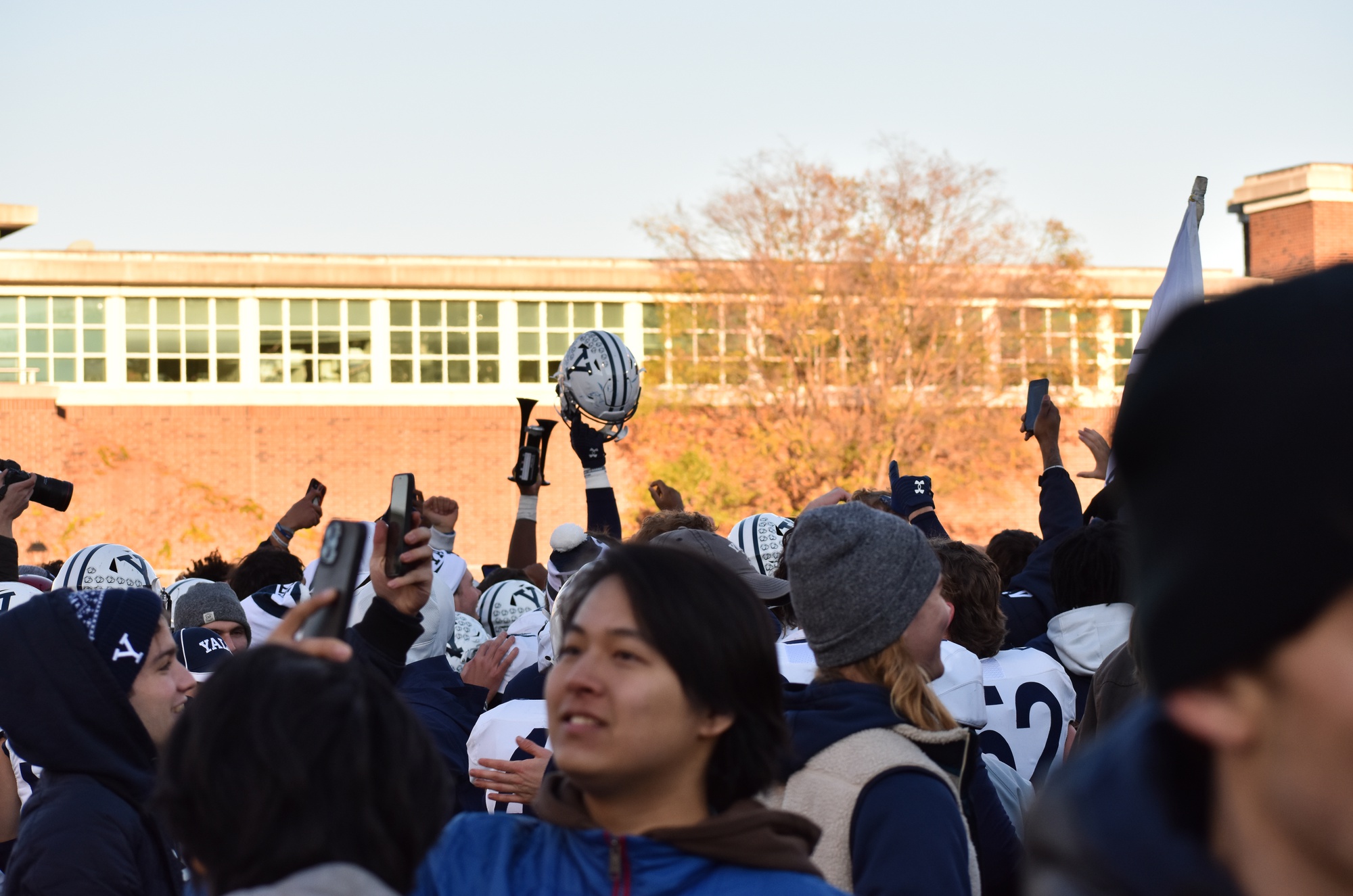 With the Bulldogs’ victory, Yale extended its all-time lead over Harvard to 69-61-8 and earned its fifth win since the turn of the century.

Technology That’s Great For Your Budget & The Planet.