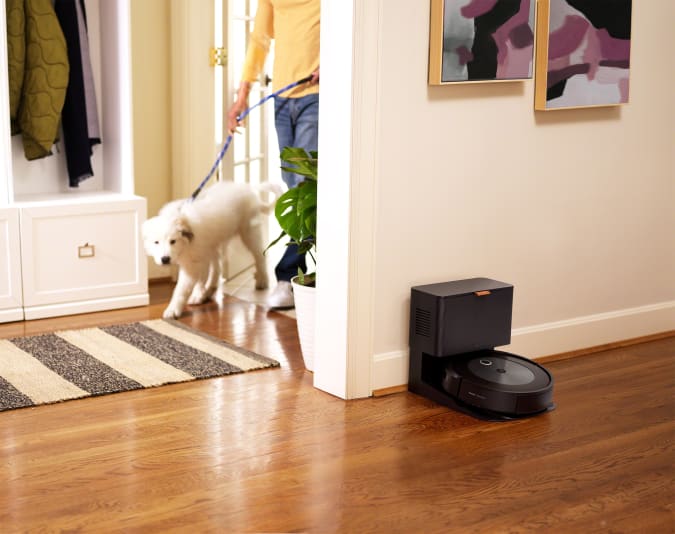 Researchers created a sticky drone to…

A bunch of new tech sales cropped up at the start of the week for things like robot vacuums, game controllers and more, and many of them are still around today. A trio of iRobot devices remain discounted, with the most affordable of the bunch coming in at $179. Some of Amazon’s Fire tablets are up to 50 percent off, while Xbox’s Elite Wireless Series 2 controller is back down to $140. Here are the best tech deals from this week that you can still get today.

The new Roomba j7+ is $250 off right now and down to $599 at both Amazon and Wellbots. The higher-end Roomba s9+ is also $250 and down to $850. The former just came out at the end of last year and has 10x the suction power of a standard Roomba plus advanced obstacle avoidance, which means it will avoid things like pet poop more easily than other models. The s9+, on the other hand, has 40x suction power and a more corner-friendly design. Both also support automatic emptying and come with clean bases, too.

The Roomba 694 is down to $179, or $95 off and a return to its record-low price. It earned a spot in our best budget robot vacuums guide thanks to its strong cleaning power, on-device button controls and handy companion mobile app.

A number of Amazon Fire tablets are on sale, with some of the best deals being on the Fire HD 8 and HD 8 Plus, both of which are 50 percent off. The Fire 7 tablet is 30 percent off and down to $35 as well. We think the Fire HD 8 slabs are the better ones to get since they have improved designs, USB-C charging, long battery lives and decent performance.

Microsoft’s Elite Wireless Series 2 controller for Xbox remains on sale for $140, or $40 less than usual. If you want to treat yourself (or someone else) to a fancy gaming accessory, this is a good option. It comes with six thumbsticks, four paddles, two D-pads, a charging dock, a carrying case and a USB-C cable, and its battery can last up to 40 hours on a single charge.

The Galaxy Buds 2 are down to $100 right now, or $50 off their normal price. We gave them a score of 84 for their improve sound quality, adjustable ambient sound mode, comfortable design and support for wireless charging.

Samsung’s latest smartphone, the Galaxy S21 FE, is officially available and starting to ship and Amazon throws in a $100 gift card if you order the handset through the online retailer. We briefly tested the FE at CES 2022 and called it “last year’s flagship without the frills,” and it includes a 5-nanometer processor, a 120HZ display, a 32-megapixel front-facing camera, a larger battery and more.

The Samsung T7 Touch SSD in 1TB is down to a record low of $140 right now. That’s even better than the price it was during the holiday shopping season last year. We like the drive’s compact design, fast speeds and built-in fingerprint reader for extra security.

Engadget readers can get a total of two free audiobooks when signing up for Libro.fm, the audiobook subscription service that supports local bookstores. Similarly to Audible, a Libro.fm membership costs $15 per month and gives you one audiobook credit per month, plus 30 percent off any audiobooks you buy á la carte.

This massive Sony OLED set is $2,000 off right now, bringing it down to a record low of $6,000. It includes features like Cognitive Processor XR, Motion Clarity, HDMI 2.1 for gaming, Acoustic Surface Audio+, Dolby Vision and more.

Elgato’s Ring Light is cheaper than ever at $150 on Amazon. Online content creators like game streamers will probably get the most out of this gadget, but it could be useful if you need better lighting for Zoom calls too. It has a 2500-lumen output, onboard brightness and color temperature controls and integration with Elgato’s Stream Deck.

Twitter Launches Feature for Displaying NFTs as Your Avatar