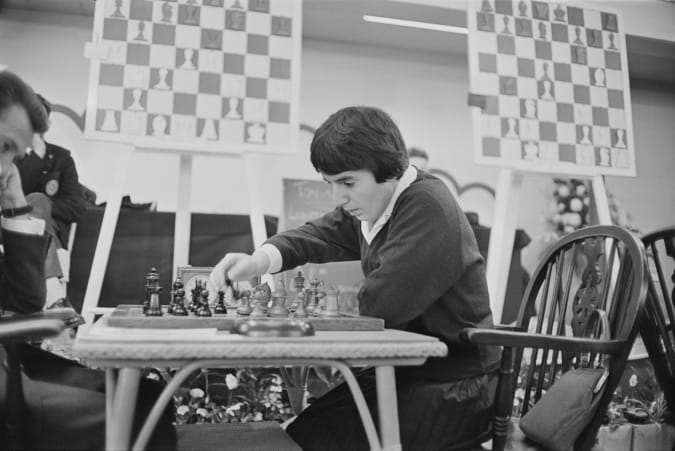 Game On: Forspoken represents everything…

Netflix is learning that careless dialogue in its fictional shows can have serious implications. Its bid to get a recent defamation suit dismissed has been rejected, meaning it will have to face the plaintiff — Georgian chess legend Nona Gaprindashvili — in court.

In September, Gaprindashvili filed a suit against the streaming giant, accusing the company of defamation and “false light invasion of privacy.” As the world’s first female grandmaster, Gaprindashvili was mentioned in Netflix’s series The Queen’s Gambit — a period drama about a chess prodigy.

In one scene during a chess match, a radio commentator says in passing “The only unusual thing about her, really, is her sex. And even that’s not unique in Russia. There’s Nona Gaprindashvili, but she’s the female world champion and has never faced men.”

According to the suit, not only is the allegation that Gaprindashvili hadn’t faced men at that time “manifestly false,” it’s also “grossly sexist and belittling.” It states that “By 1968, the year in which this episode is set, she had competed against at least 59 male chess players (28 of them simultaneously in one game), including at least ten Grandmasters of that time.”

The show is based on a 1983 novel by Walter Tevis that also mentions Gaprindashvili. However, the part which Netflix appears to have based this particular bit of its script on says, “The only unusual thing about her was her sex; and even that wasn’t unique in Russia. There was Nona Gaprindashvili, not up to the level of this tournament, but a player who had met all these Russian Grandmasters many times before.” Netflix’s version is clearly different.

However, US District Judge Virginia Philips denied that motion today, writing that “the fact that the Series was a fictional work does not insulate Netflix from liability for defamation if all the elements of defamation are otherwise present.”

The ruling also states that “at the very least, the line is dismissive of the accomplishments central to Plaintiff’s reputation.” It also points out that, when filing its motion to dismiss, “Netflix’s own evidence demonstrates knowledge of the truth in its choice to deviate from the text of the Novel, which states that Plaintiff had faced the male Russian Grandmasters ‘many times before.'”

Gaprindashvili is seeking damages of at least $5 million, as well as for Netflix to remove the statement that she never played men from the show.