Romelu Lukaku, Timo Werner Score in Their First Games Away From Chelsea ▷ SportsBrief.com

Maybe Chelsea was the problem after all. This appeared to be the understanding among many football fans after former Chelsea strikers scored in their first competitive games away from the club. 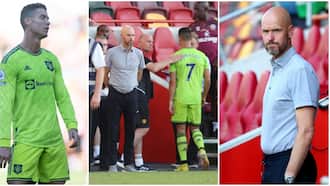 While Lukaku is still virtually a Chelsea player, given that he left on loan, Werner sealed a permanent transfer back to Germany.

The two strikers, who built a cult following for themselves in their clubs before joining Chelsea, did not take too long to pick up from where they had left.

Werner needed 36 minutes to get off the mark in his second debut. He might have profited from a glaring error from FC Koln’s goalkeeper Marvin Schwabe but the 26-year-old won’t care. His goal was, however, not enough to guarantee maximum points.

Lukaku, meanwhile, needed just 81 seconds to reintroduce himself to Milan faithful after powering in a header against Lecce. Denzel Dumfries then struck at the very death to ensure Milan bagged the three points after Lecce had equalized.

It is definitely bound to be an interesting scene to watch the two stars rebuild their confidence in front of goal this season. But from the onset, they are back where they belong. 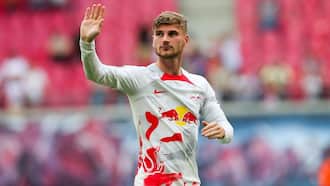 Sports Brief had earlier reported that Inter Milan striker Romelu Lukaku has continued to provide insights on his failed time at Chelsea.

Lukaku joined Chelsea last summer after a highly successful season in Italy that saw him win the Serie A title.

Chelsea immediately made him their most-expensive signing of all time. He was widely expected to be an important piece of Thomas Tuchel’s attack.

Congress invests in science and technology of future

‘Breaking Bad’ creator’s next series will stream on Apple TV+