That time France tried to make decimal time a thing 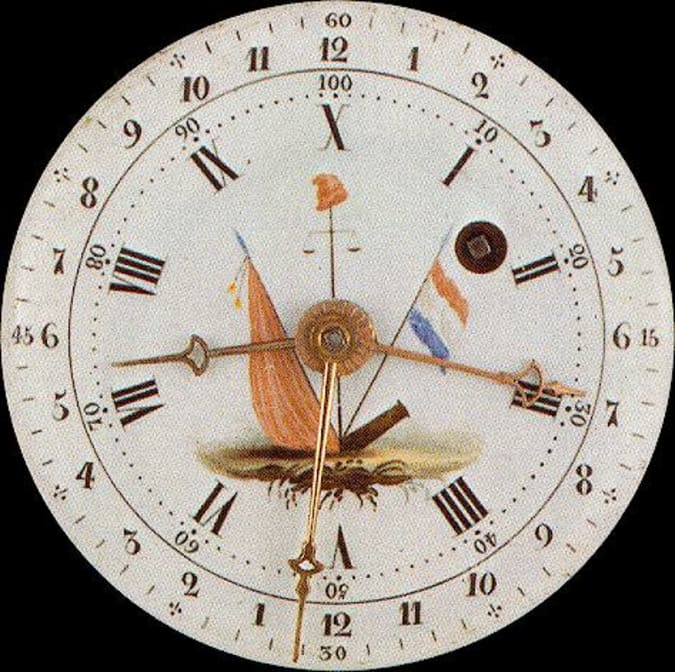 Though Marie Antoinette would be hard-pressed to care, the French Revolution of 1789 set its sights on more than simply toppling the monarchy. Revolutionaries sought to break the nation free from its past, specifically from the clutches of the Catholic church, and point France towards a more glorious and prosperous future. They did so, in part, by radically transforming their measurements of the passage of time.

Throughout the 18th century, most French folks were Catholic as that was the only religion allowed to be openly practiced in the country, and had been since the revocation of the in 1685. As such, the nation had traditionally adhered to the 12-month Gregorian calendar — itself based on even older, sexagesimal (6-unit) divisible systems adapted from the Babylonians and Egyptians — while French clocks cycled every 60 minutes and seconds.

But if there was little reason to continue using the established chronology system aside from tradition, the revolutionaries figured, why not transmute it into a more rational, scientifically-backed method, just as the revolution itself sought to bring stability and new order to French society as a whole? And what better system to interpose than that of the decimal, which already governed the nation’s weights and measures. So, while it wasn’t busy abolishing the privileges of the First and Second Estate, eliminating the church’s power to levy taxes or just , France’s neophyte post-revolution government set about reforming the realm’s calendars and clocks.

The concept of decimal time, wherein a day is broken down into multiples of 10, was first suggested more than thirty years prior when French mathematician, Jean le Rond d’Alembert, in 1754, “It would be very desirable that all divisions, for example of the livre, the sou, the toise, the day, the hour, etc. would be from tens into tens. This division would result in much easier and more convenient calculations and would be very preferable to the arbitrary division of the livre into twenty sous, of the sou into twelve deniers, of the day into twenty-four hours, the hour into sixty minutes, etc.”

By the eve of the Revolution, a year split into 12 months of 30 days apiece, their names inspired by crops and the prevailing weather in Paris during their occurrences. That there are 365 days in a year is an immutable fact dictated by the movement of the Earth around our local star. So, 12 months of 30 days apiece resulted in 5 days (6 in a leap year!) left over. These, the revolutionaries reserved for national holidays.

Each week was divided into 10 days, every day was split into 10 equal hours, those were split into 100 minutes, with each minute divided into 100 seconds (roughly 1.5 times longer than conventional minutes) and each second into 1000 “tierces.” Individual tierces could also be divided into 1000 even tinier units, called “quatierces.” The implementation of tierces would also lead to the creation of a new unit of length, called the “half-handbreadth,” which is the distance the twilight zone travels along the equator over the course of one tierce, and equal to one billionth of the planet’s circumference — around 4 centimeters.

Decimal time was formally adopted by , “The day, from midnight to midnight, is divided into ten parts, each part into ten others, and so forth until the smallest measurable portion of duration.” As such, midnight would be denoted as 00:00 while noon would be 5:00.

“The new calendar was based on two principles,” a 2017 exhibition at the International Museum of Watches, , noted. “That the Republican year should coincide with the movement of the planets, and that it should measure time more accurately and more symmetrically by applying the decimal system wherever possible. Non-religious, it advocated a rational approach and honored the seasons and work in the fields.”

The main advantage of a decimal time system is that, since the base used to divide the time is the same as the one used to represent it, the whole time representation can be handled as a single string.

On one hand, this system offered the clear advantage that both the numerical base used to define the time and the numerical base used to divide it are the same number. For example, quick, how many seconds are there in three hours? The answer, most people will Google, is 10,800 — 60 seconds/minute x 60 minutes/hour x 3 hours. In decimal time, you simply get 30,000 — 3 hours x 10,000 seconds/hour.

However, due to an oversight in its otherwise logical design on account of gaps in astronomical knowledge, the Republican calendar struggled to properly accommodate leap years. “The four-year period, after which the addition of a day is usually necessary, is called the Franciade in memory of the revolution which, after four years of effort, led France to republican government, . “The fourth year of the Franciade is called Sextile.”

Problem is that leap years, if we’re counting new years by midnights on the autumnal equinox in Paris, don’t consistently happen every four years. By equinox measure, the first leap year of the Republican calendar would actually have to occur in year III while the leaps in years XV and XX would happen half a decade apart.

There were also more practical issues with swapping the nation’s chronology over to an entirely new system, like the fact that people already had perfectly good clocks which they’d have to replace, were decimal time to remain in effect. It was also wildly unpopular with the working class who would only receive one day of rest out of 10 using the Republican calendar (plus a half day on the fifth), rather than the existing Gregorian one-day-in-seven, not to mention that the ten-day week played havoc with traditional Sunday religious services, seeing as how Sunday would cease to exist.

Overall, the idea simply failed to capture public support — despite edicts demanding the creation of decimal-based clocks — and was officially suspended on April 7th, 1795. The French then took a quick crack at metric time, which similarly measured time’s passage in factors of ten but based its progression in conventional seconds (aka 1/86400th of a day). Of course all of these efforts were rendered moot when Napoleon declared himself emperor in 1804, made peace with the Vatican and reinstituted the Gregorian calendar, thereby relegating both the Republican calendar and decimal time to the dustbin of history. The lesson here being, unless , don’t try to fix what isn’t already broken, especially when it might earn you a trip to the guillotine.

9 of the Worst Invasive Species in the U.S.