The Morning After: NVIDIA’s RTX 3050 GPU has landed 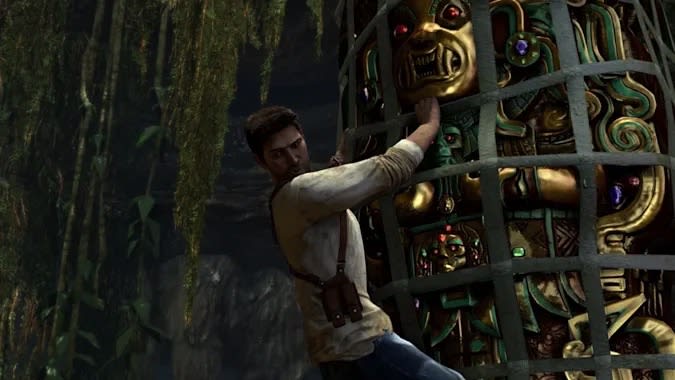 Graphics cards are fetching prices normally reserved for limited-run sneakers — even what you might have paid for the rest of your PC. Beyond gamers and power users, cryptocurrency mining has meant unprecedented demand. Coupled with a global chip shortage and supply chain issues, GPU scalpers and resellers are having field days every time a new card appears.

Devindra puts the card through its paces right here.

It could be due to staff shortages caused by COVID-19.

According to The Information, Amazon has paused its “pay-to-quit” program for the majority of its workers for 2022, and it’s unclear if it will be reinstated. The publication has obtained a copy of Amazon’s message to its employees, which was then verified by a spokesperson from the company. Typically, Amazon pays its warehouse workers up to $5,000 to quit their jobs after peak seasons as a way to pare down its workforce in the slowdown that follows.

Elgato has released a Stream Deck Pedal that provides three customizable foot pedals to steer your apps and other broadcasting tools hands-free. You can manage Twitch or YouTube, change cameras and start an OBS transition, all with your feet. The set sells for $115, meaning it’s probably not for beginners. But don’t let that stop you!

You can now get Google Assistant to stop talking with just one word: “Stop.” That’s it — you don’t even have to say “Hey, Google”. The official Google Twitter account has announced the small but necessary quality-of-life improvement for the company’s speakers and smart displays.

For newbies, this collection is a good place to start.

Uncharted: Legacy of Thieves Collection arrives for the PS5 this Friday, almost five years after Naughty Dog last released a new game in the series. The $50 collection features a number of technical and visual enhancements, but the games themselves are identical to the PS4 versions. Visuals-wise, there are three modes, all of which improve over the original PS4 game. A fidelity setting keeps the frame rate at 30 fps but renders the games in full 4K resolution. Performance mode, on the other hand, runs the games at 60 fps with variable resolution. There’s also a Performance+ mode for people with 120Hz TVs — the games run at 120 fps, but locked at 1080p resolution.

The free upgrade period for Windows 11 is ending soon, however.

Microsoft’s Panos Panay has teased the release of a Windows 11 public preview in February that will bring Android apps to the Microsoft Store. The company didn’t say how many apps would be available in this test, but they’ll be titles found in the Amazon Appstore.

The preview will also include taskbar upgrades that include call mute controls, simpler window sharing and weather. Microsoft has redesigned the Media Player and Notepad apps, too.

After a two-month delay, Valve’s Steam Deck will launch on February 25th. In a blog post, Valve said it would open orders to the first batch of reservation holders that day. They’ll have 72 hours to purchase the gaming handheld, and if they don’t, Valve will release their spot to the next person in the reservation queue. Pricing for the Steam Deck starts at $399.

The ‘Mortal Kombat’ movie is getting a sequel