The Morning After: Panasonic’s higher-capacity Tesla battery could appear next year 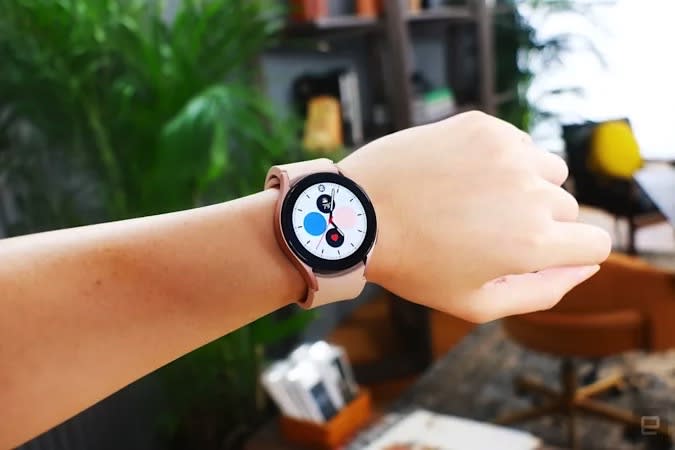 What games will Luka Doncic miss?…

Echolocation could give small robots the…

Fans said the future of 'Dungeons…

Panasonic’s relationship with Tesla has been a successful one. Last year, the Japanese electronics company was able to spin its $30 million stake in Tesla into $3.6 billion, but the team-up continues. A higher-capacity next-gen battery for Tesla vehicles could go into production next year, boosting EV ranges by over 15 percent.

Although the battery is said to be twice as big as previous versions, it may have a fivefold increase in energy capacity. Panasonic is reportedly investing around 80 billion yen ($704 million) on new equipment to produce the 4680 cell — just a fraction of that windfall.

The new cell is also apparently cheaper to produce, meaning it could well affect the pricing on future Teslas — in a good way.

Google is reportedly developing a new Chromecast aimed at folks who haven’t yet splurged on a 4K TV. According to Protocol, the low-end device will offer a maximum stream resolution of 1080p.

It reportedly collected “more financial data than was needed” from users.

Even if you’ve never heard of a company called Plaid, they may owe you part of a multimillion dollar lawsuit settlement. The company connects consumer bank accounts to services like Venmo, Robinhood, Coinbase and other apps and was accused of collecting excessive financial data from consumers. While denying any wrongdoing, it agreed to pay $58 million to all consumers with a linked bank account to any of its approximately 5,000 client apps.

AT&T is now upgrading its fiber-based broadband service with two new plans that top out at 2Gbps and 5Gbps. The company says its new multi-gig fiber broadband will be available in more than 70 metro areas, including Dallas, LA and Atlanta. The new 2-gig plan is set to start at $110 per month plus tax (or $225 a month for a business fiber), while the faster 5-gig plan will cost $180 per month (or $395 a month for businesses).

That’d line up with Google I/O.

More Google rumors. There have been rumblings for years that Google has been making its own smartwatch. Talk last month suggested a Google-branded watch could arrive sometime in 2022, now the latest murmurs point to the end of May. The smartwatch is expected to have a circular face, like other Wear OS devices seen over the past few years. It will likely have a heart rate sensor and other features adopted from Fitbit, which Google bought last year. But nothing’s confirmed yet — not even that Pixel branding. We’ll share more when we hear more.

It’s using the AI Research SuperCluster to develop new experiences for the metaverse.

Meta has completed the first phase of a new AI supercomputer. The company believes the AI Research SuperCluster (RSC), once finished, will be the fastest AI supercomputer on the planet, capable of “performing at nearly 5 exaflops of mixed precision compute.”

Er, what? Well, Meta says RSC will help researchers develop better AI models that can learn from trillions of examples. Among other things, the models will be able to build better augmented reality tools and “seamlessly analyze text, images and video together.”

What games will Luka Doncic miss? – AS USA

Echolocation could give small robots the ability to find lost people

Fans said the future of 'Dungeons & Dragons' was at risk. So they went…

There's no Game Pass game quite so cruel as Darkest Dungeon –…