The Morning After: The Steam Deck will support Epic’s anti-cheat software 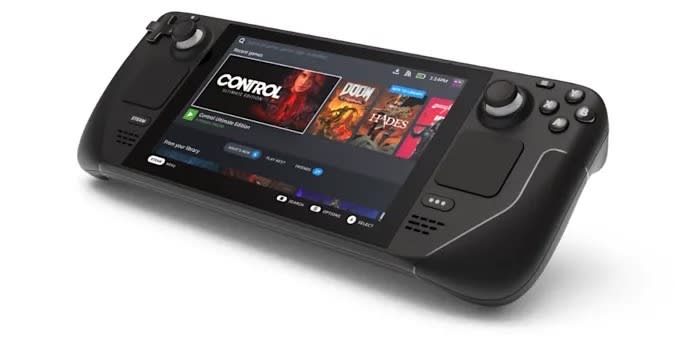 Cheating is rife across many gaming platforms, but the biggest cheaters are usually found around PC gaming — despite games companies banning thousands, if not hundreds of thousands of the scamps. Valve’s Steam Deck, its upcoming handheld, should make it harder to bend the rules.

The company announced titles that depend on Epic’s Easy Anti-Cheat (EAC) software can now run on the portable. Valve said adding Steam Deck support to titles that use EAC is “a simple process.” Developers won’t need to update their SDK version or make other time-consuming changes. It joins BattlEye support, meaning, as Valve notes: “The two largest anti-cheat services are now easily supported on Proton and Steam Deck.”

However, it’s still unclear whether some of the most popular multiplayer games on Steam that use BattlEye and EAC, including titles like Rainbow Six Siege and PUBG, will work on day one.

Must be a hard workout.

Peloton didn’t need more bad news. The premiere episode of Billions season six includes a scene that, like the Sex and the City follow-up And Just Like That, points a finger at Peloton’s Bike for causing a heart attack for Mike “Wags” Wagner (played by David Costabile). Unlike And Just Like That, however, Wagner survives — he even references the AJLT scene, telling staff that he’s “not going out” like that character.

And less memory for the highest-specced model

And if you thought that was pricey, a separate leak from Android Police earlier this month suggested the company could charge an extra $100 stateside for every model in the Galaxy S22 lineup. We should know more very soon.

The move may be temporary.

Earlier this week, Apple began requiring students and teachers in the US to verify their identity through authentication service UNiDAYS before they could take advantage of the company’s discounted education pricing. However, that’s since disappeared. You can once again buy discounted Macs, iPads and other Apple products from the company’s US education website without needing to verify you’re currently a student or a teacher.

The company appealed to Australia’s High Court to overturn a defamation case.

Google has asked the High Court of Australia to overturn a 2020 ruling it warns could have a “devastating” effect on the wider internet. Google claims it will be forced to “act as censor” if the country’s highest court doesn’t overturn a decision that awarded a lawyer $40,000 in defamation damages for an article the company had linked to through its search engine.

In 2016, George Defteros, a Victoria state lawyer, contacted Google to ask the company to remove a 2004 article from The Age. The piece featured reporting on murder charges prosecutors filed against Defteros related to the death of three men. Those charges were later dropped in 2005. The company refused to remove the article from its search results as it viewed the publication as a reputable source.

‘We Met in Virtual Reality’ finds love in the metaverse

What we bought: A rice cooker whose greatest trick isn’t actually rice

Apple’s second-gen AirPods fall back to $100

The Best Laptop Accessories You Shouldn’t Live Without