‘TikTok, Boom’ tries and fails to do the most 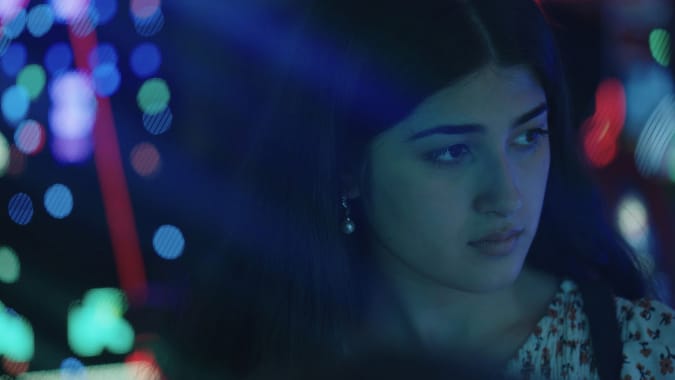 Near the end of TikTok, Boom, content creator and beatboxer Spencer X chokes up. “TikTok has really changed my entire life,” he says while fighting back tears. He’s one of a few influencers profiled in the 90-minute documentary, which premiered at Sundance 2022 this weekend. It also features activist Feroza Aziz, best known for her viral video that slipped criticism of China’s treatment of Uighur Muslims into what initially appeared to be a makeup tutorial. Other subjects include reproductive rights activist Deja Foxx and Douyin content creator Jason Zhang, whose experiences with the app are all fascinating and moving.

Directed by Shalini Kantayya, TikTok, Boom is meant to “[dissect] one of the most influential platforms of the contemporary social media landscape.” The film’s description on the Sundance festival portal says it “examines the algorithmic, sociopolitical, economic and cultural influences and impact of the history-making app.” Unfortunately, if you were hoping to learn anything new about why the For You algorithm is so creepily intuitive, why its parent company ByteDance collects so much data or what exactly are the app’s ties to the Chinese government, you’ll be disappointed.

In general, the documentary tries to cover too much. It jumped from Aziz finding a community of Afghan-Americans on the app, to X defying his parent’s expectations to make a career out of beatboxing, to sexism, racism, child predators, body image issues, TikTok’s creation and ByteDance’s history, all within the first 40 minutes. There’s discussion of the impact on creators’ mental health, Facebook’s interest in buying TikTok, the reinforcement of social disparities, China’s control and censorship, Trump’s rallies in Tulsa, the subsequent ban of the app and more. In the second half, there’s even a random dramatic reenactment of “a statement made by a former ByteDance employee” during the COVID-19 outbreak.

If TikTok, Boom was trying to catalog every time TikTok made the news, it did an admirable job. But in its effort to recap history, the film fails to deliver any insight. I could have easily Googled “TikTok timeline” and gotten all the same information without having to sit in front of my TV for 90 minutes. Had the documentary narrowed its focus, I suspect I would have learned more.

But in its effort to recap history, the film fails to deliver any insight.

I also have a small, but important gripe. The film needs more careful editors. It features B-roll and expert interviews correctly pronouncing and spelling the app Douyin that predated TikTok. Mere seconds later, the narrator and an onscreen graphic both mispronounce and misspell Douyin as “Duoyin.” Another spelling error: a list of so-called “Sensored words” in a graphic as opposed to “censored.”

Maybe I’m nit-picking, but mistakes like this affect the credibility of any documentary, which should be a well-researched piece of video journalism.

That leads me to my biggest problem with TikTok, Boom: It makes some dangerous assumptions. At one point in the film, an animated rendering insinuates that TikTok scans a user’s face while they’re watching videos and determines if they’re smiling or not. The film posits that this information is then fed into the algorithm that lets ByteDance recommend more content on your For You page.

There is no evidence that TikTok does this. In fact, unless Apple and Google’s privacy indicators (which show when your phone’s cameras are being used) are malfunctioning, people would know if an app was watching them. It’s more likely that the TikTok, Boom team misinterpreted terms in the app’s privacy policy that states it’s collecting “faceprints and voiceprints.”

That’s not to say ByteDance is completely in the clear here; it’s never explicitly explained why it’s gathering that data. Other parts of its privacy policy are even more alarming, like the fact that ByteDance collects information about users’ “keystroke patterns or rhythms.” In 2020, the company had to publicly admit wrongdoing and agree to stop accessing users’ clipboard data every few keystrokes. Back then, it claimed this was part of an anti-spam feature. Now, the latest versions of iOS and Android will alert you if an app has accessed or pasted content from your clipboard, so you can be aware of unnecessary data collection.

Look, I get it. The For You algorithm can be so uncanny that people scramble to find nefarious reasons for its effectiveness. It’s just like when we all wondered if Instagram and Facebook were listening to our conversations to serve us eerily timely ads. But it’s one thing for individuals to wonder if your phone is spying on you and a whole other problem if a documentary recklessly claims it’s happening. The filmmakers don’t seem to realize the responsibility it has to its viewers.

In fact, had TikTok, Boom just focused on breaking down the For You algorithm or studying exactly what data the app is collecting (and in that context its ties to China), the film might have unearthed something illuminating. Instead, it ends up being a mostly redundant recap with a catchy title.