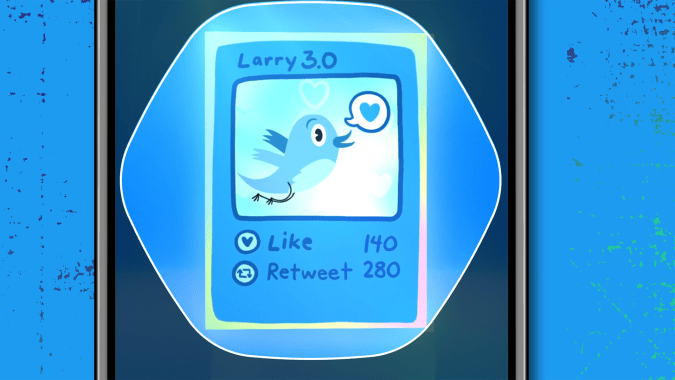 Twitter is giving NFT enthusiasts a to pay for a Twitter Blue subscription. The company is testing a new feature that allows NFT owners to authenticate NFTs displayed in their profile photos.

The feature, which is being offered as an early stage for Twitter Blue subscribers, allows NFT owners to connect their crypto wallet to their Twitter account and display an NFT as their profile photo. While many NFT owners already use the art in their profile photos, the Twitter Blue feature will also add an icon indicating that the NFT has been authenticated and that person behind the account is the official owner of the piece.

Though only Twitter Blue subscribers can access the feature, the authentication symbol will be visible to everyone on Twitter. And other users will be able to tap on the hexagon symbol in order to learn more about the NFT in the image.

While Twitter has previously that it was working on an NFT authentication service, it’s notable that it would choose to offer the feature to Twitter Blue subscribers first, The company debuted the $3/month in November, in a bid to appeal to power users who might pay for specialized features. The NFT feature is “still under active development,” according to the company, and it’s not clear if it plans to launch it more widely. Twitter has previously said that early-stage “labs” features are experiments that could become available outside of Twitter Blue, kept around for subscribers, or killed off entirely.

Learn to code in your own time with this training bundle