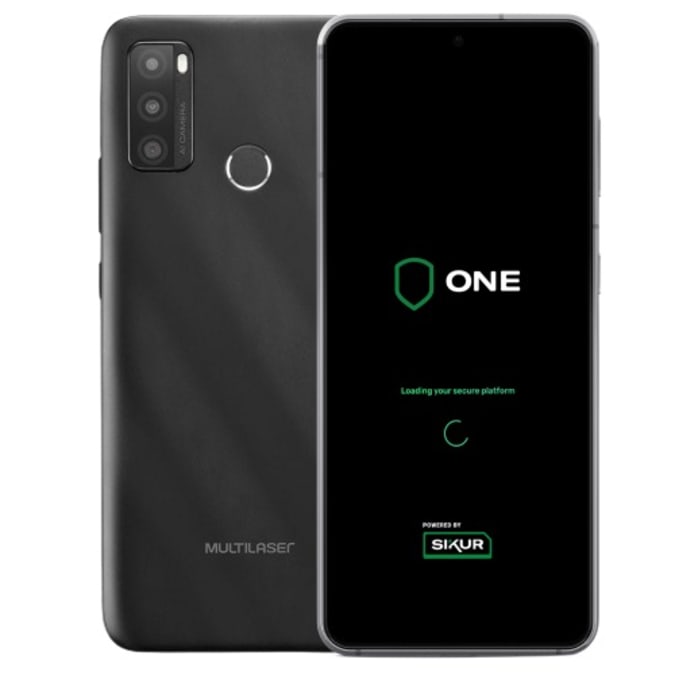 Security-focused smartphone maker Sikur is back with its latest handset. The Android 11-powered Sikur One, which was developed with the help of Brazilian manufacturer Multilaser, follows the Zero Trust approach to security.

The Zero Trust concept is, in a nutshell, self explanatory. It assumes that no one can fully be trusted from a security perspective. A company or organization typically has control over a Zero Trust setup, which requires users to be authorized, authenticated and continuously validated for them to retain access to apps and data.

The Sikur One is designed primarily for corporate and government use, with organizations having the ability to control each device in line with their policies. Sikur says the device is compliant with European GDPR and Brazilian LGPD data privacy standards.

Using a system called Sikur ID, the Sikur One can carry out a password-less authentication token function. The company says that will prevent malware and phishing attacks. The phone can be locked or wiped remotely if it’s lost or stolen. Users can restore data from the cloud on another device.

Data is encrypted at the source Users won’t be able to install apps from unsecured third-party stores and Sikur One will switch off location services by default. The company will strip out unneeded system applications, while the Sikur One will be up to date with over-the-air patches. The company says that won’t leave “any room for commonly exploited vulnerabilities.” There’s no USB file transfer support either.

The Sikur One uses Sikur Messenger as the standard communication platform, encompassing messaging, file storage, file sharing and voice and video calls. All data is stored in a private cloud.

Despite the security measures, Sikur CEO Fabio Fischer says the smartphone has “the same usability as a regular device.” The Sikur One has access to all apps on the Google Play Store, but the organization in charge of the device can determine what kinds of apps can be downloaded or whether users can install their own apps at all.

On the hardware side, the Sikur One has a 6.5-inch screen, an octo-core processor, 4GB of memory and 128GB of onboard storage (which is expandable by up to 512GB using a memory card). It has a 4,000 mAh battery and dual SIM support, as well as 4G, WiFi and Bluetooth connectivity. The device has a triple camera array on the rear and a 3MP front-facing lens. In addition, there’s a fingerprint sensor and support for facial recognition.

Sikur One builds on the company’s previous handsets, GranitePhone and SikurPhone, which it released in 2015 and 2018, respectively. Although those were also intended for organizations, consumers were still buying the GranitePhone.

Sikur will offer its latest model to the public as well via its sales channel partners. Pricing varies by country, but the Sikur One costs around $274. That covers the cost of the device as well as a one-year license for Sikur Messenger and mobile device management. After the first 12 months, organization will need to pay $145 per user per year for those features.

The Best iPad Keyboard Shortcuts You Should Start Using Now